Decrypt Base64 Array in nodejs

Hi, I have an encrypted fix in base64 and when I decrypt it, it does it with characters that I would like to delete: 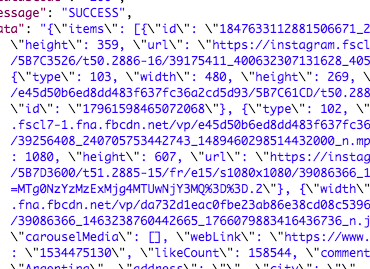 Is it possible to remove the characters?

I have solved it!

Basically the characters were generated because at no time did it transform it to what was really a json , if not rather it remained a string. on the other hand I also influenced the code of% ascii which did not allow to transform it to JSON generating the error

by changing it to the encoding format utf-8 allowed parsing the string and transforms it to JSON .

As a final result the code would be as follows:

answered by 20.08.2018 в 07:00
The 'onreadystatechange' method of XMLHttpRequest is not executed MySQL query to give priority to a LIKE