Can I use a GPL license in my project if I use an MIT library?

I am doing a program in go and I would like to upload it to Github with the GPL license, but I am using a package from another person who is licensed with MIT. Can I do this?

Actually, what is called MIT License can be ambiguous, because MIT has used several different licenses for software.

In the long list of compatible licenses there are two of the MIT variants:

This is a lax, permissive, free copyleft free software license,   compatible with the GNU GPL. Sometimes it is called ambiguously   «MIT License».

This license is sometimes called MIT license, but this term is   confusing, since MIT has used several different licenses to   software.

If the software you are talking about is under any of these two licenses, or any other listed in the link above, you will have no problem using it with a GPL license.

In the compatibility map published on Wikipedia, we can see that the MIT license, (on the map would be X11), belongs to the group of permissive licenses. That means that using our code under this license has virtually no restrictions.

The flow line shows that it is compatible with all versions of GPL . 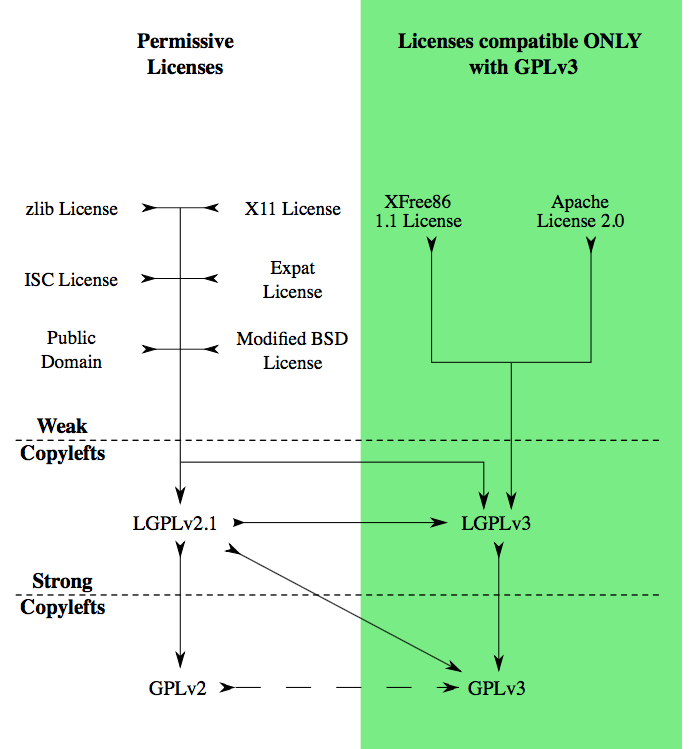