I have two remote git repositories, one is test and the other is production

you work in the test, you do the

testing does the pull, test the change and if it's ok it goes to production

Is it possible to do the push of a single commit without passing the previous ones?

It seems like it's a perfect occasion for git cherry-pick .

Cherry-pick (literally, choose cherries ; really, manipulate ) consists of taking a commit from one branch and putting it in another.

Therefore, the ideal in this case would be:

In the optimistic case, where your hotfix does not touch what is contained in commits 4 and 5, it will probably help you do what it says @ fedorqui .

Suppose your commit history is as follows

Then you could do

The problem, even if we are on the happy path and commit 6 does not touch the modifications of commits 4 and 5, the cherry-pick that you just made applies the same changes to commit 6 but it has a hash different .

In production it could be, for example:

My suggestion would be to take rebase .

You will see a list with the last 3 commits

You can reorder them and leave instead:

When saving, you will rewrite the history of those that you reordered, leaving for example

to get back on par with the test repo.

Once this is done, you can go back to the most recent commit, which is now called "commit 5"

Now, if in commits 4 and 5 you modified the same files as in commit 6 , when applying the rebase you will be arguing for conflicts (if you add a line in the commit 4 and modify it in 6, it does not make sense to modify it before adding it ...). You will have to resolve these possible conflicts to finish the overflow, but the important thing is that when you finish that step you will be able to go back to commit 6, push to production, and then return to commit 5, which happened to be the most recent.

Note to the margin

It seems to me that the workflow they have implemented is confusing. When they receive the approval to "go to production", instead of doing it through a Pull Request, which is the way specifically designed to handle this operation, they do a push to the remote production, which generates an implicit merge that does not leave history of changes, is not subject to continuous integration checks, test coverage, unit tests, etc. nor can you receive comments or corrections, but the feedback I guess you get verbally, by chat or by mail.

It would be much easier if they used the same repo and worked in different branches. Github allows to determine that certain branches are protected and only one admin can merge a certain pull request to those branches, while the rest of the developers work in temporary branches to address features or hotfixes. 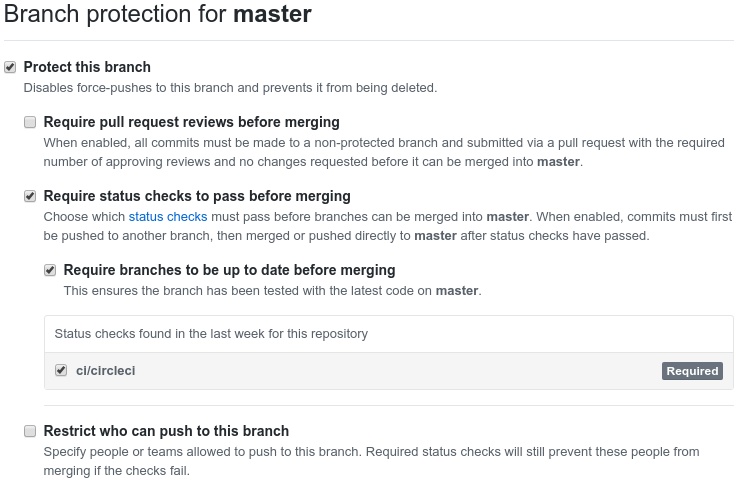