I have the following problem. I have an app that receives push notifications from firebase. So far excellent.

When I receive the notification, what I do is create a notification in the following way:

What I require is that the first option always happens is to say that the ActivityActivity activity is opened even if the app is running in the background.

Is this possible? I will be forgetting some property of the notifications and for that reason I do not obtain the expected result in both scenarios?

Thank you in advance.

The problem I managed to solve and the same is not the fact of generating a notification as such on Android.

When a push notification is generated from the firebase console, 2 possible scenarios will occur on the device once the notification information is received.

Scenario 2. The application in the foreground : if we implement, as in my case, a "service" that inherits from FirebaseMessagingService in the onMessageReceived(...) method, we will receive the push notification as the% method is executed. sendNotification .... In this case the activity NotificacionesActivity

Note the notification in firebase in the first instance I was assembling it in the following way: 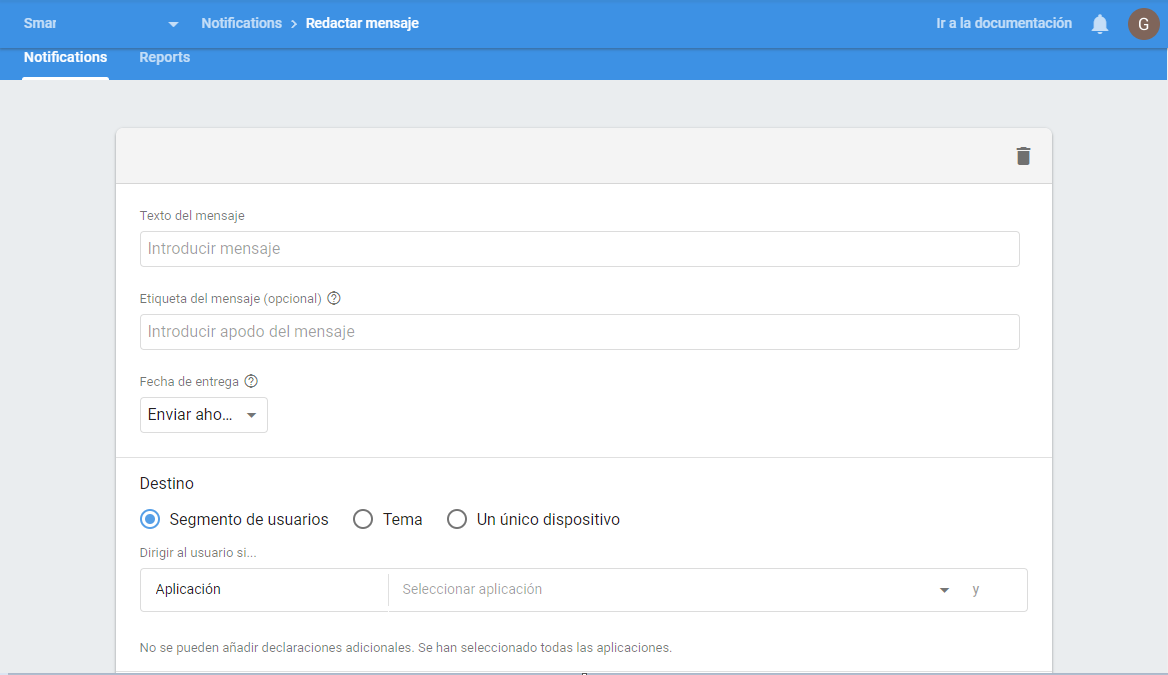 To solve the above, adjust the advanced properties from the console so that if you add parameters this data will reach the application even if it is in the background. 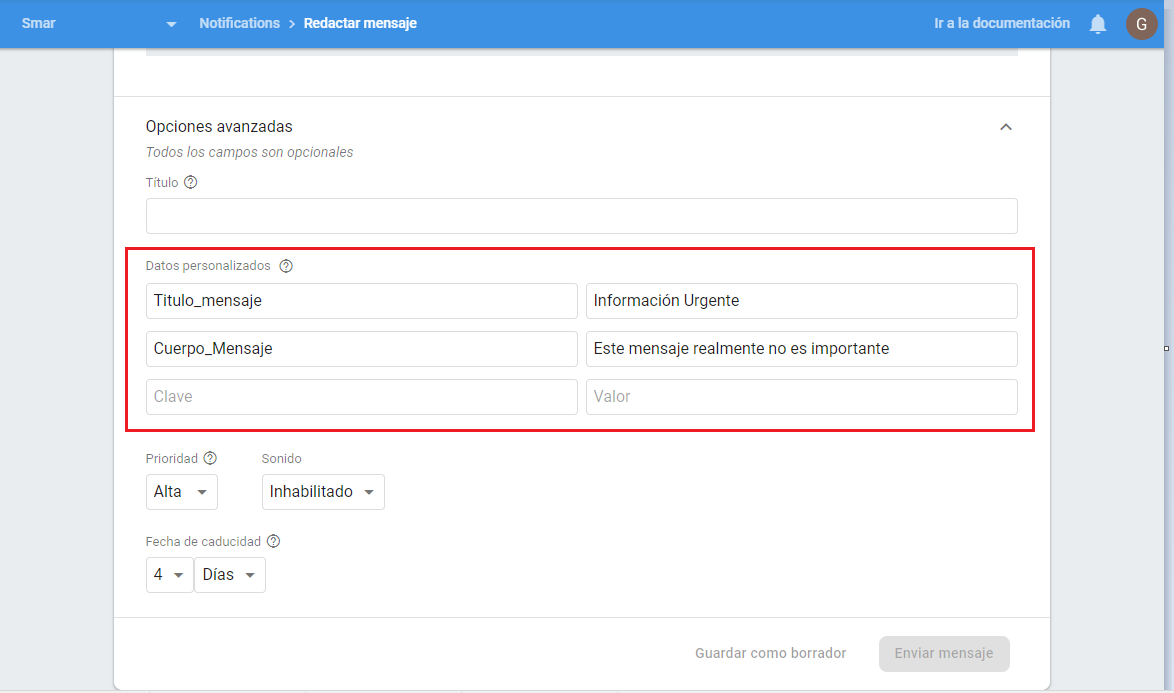 In the part marked in red does not necessarily have to go a messages or message titles, there you can travel information of any kind and you can implement any functionality on them.

With the above, even if the app is in the background, and the notification goes directly to the Android notification center, pressing it will open the application and the parameters can be read in the following way:

The intent information will arrive at the activity that is declared as launcher in the manifest, so that is where the extras have to read.

Look at the change the flag that is used.