Set up a network in Git for collaborative work

I want to set up a network using git for the repositories, but not in a local way, but in some way there is a server and the other colleagues connected from home make their respective changes. I have a PC that I can use as a server, but it will not be on 24 hours. As if it were on GitHub but in local mode. How can I do that?

You can see Gitblit , it's a server for repositories developed in java, so it can be used in windows, linux and mac (even in others) ) also has a WAR version, which can be displayed in a container of Java applications. 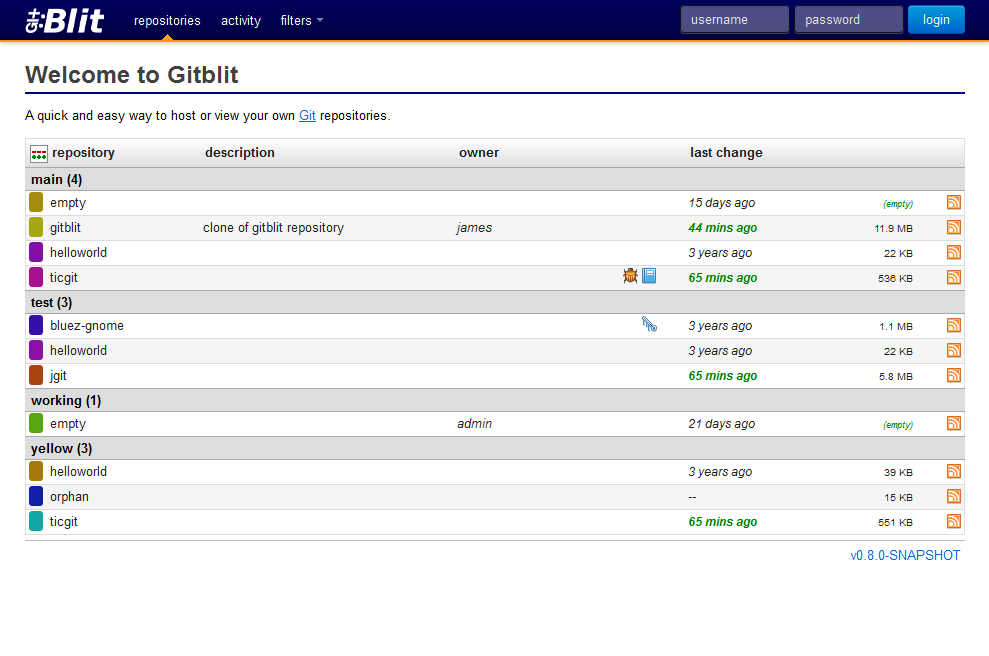 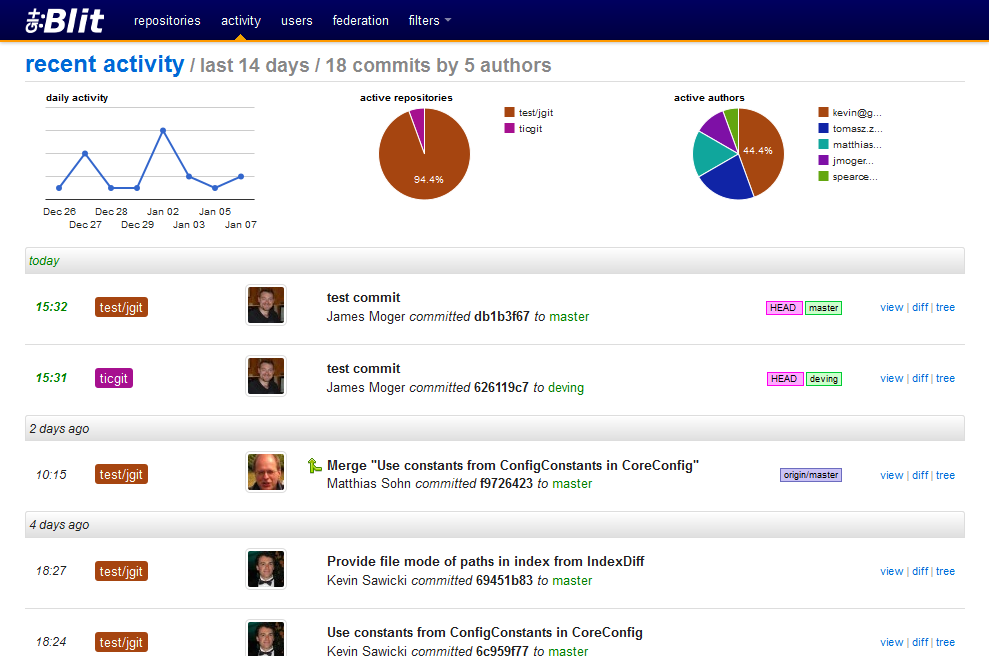 It's really easy to configure and use, and it has the basic features that everyone needs

You can see a demo here

NOTE: Be sure to change the username and / or administrator password !!

Translation of the WAR version

NOTE: Be sure to change the username and / or administrator password !!

Note 1: Glassfish or Apache Tomcat should work as a container, you can see its installation in the following tutorials:

Git can work like this without other software. There are three protocol options you can use, according to Pro Git :

In your case, the Git protocol may be the most reasonable, because it is part of git, and so does not require other software.

The Git protocol is a special daemon, which is incorporated with Git. Listen for a dedicated port (9418), and give us a service similar to that of the SSH protocol; but without any authentication.

If you want authentication, you can consider using SSH.

The chapter Git on a server , from the Pro book Git , explains how to install git to use the git protocol, and SSH.

It is important to understand that this only serves as a server for Git; does not include the web interface like GitHub. Therefore, there are several options, such as GitLab , GitHub Enterprise , and others. There are also options with simpler web interfaces, such as GitWeb , which you can use in conjunction with your server. Git. But I can not make a specific recommendation for these, because the best option for you depends a lot on your case, your budget, and your preferences.

Dear you can use Gitolite

answered by 24.12.2015 в 15:13
Is it possible to style all the occurrences of a word in a text? Compile and assign libraries in DEBUG mode in Android Java