I'm doing an assembly programming practice, about the Windows debug tool for 32 bits.

The proposed exercise is as follows:

They gave us an example of how to print the typical "Hello World" in assembler. 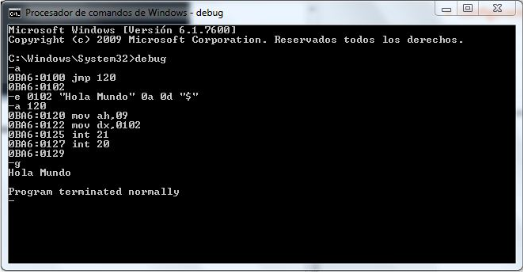 Following this example, then I proceeded to write my version depending on the proposed exercise:

All this code, I wrote it, based on the functional example. The only thing that I have changed is the text.

I get the following result: 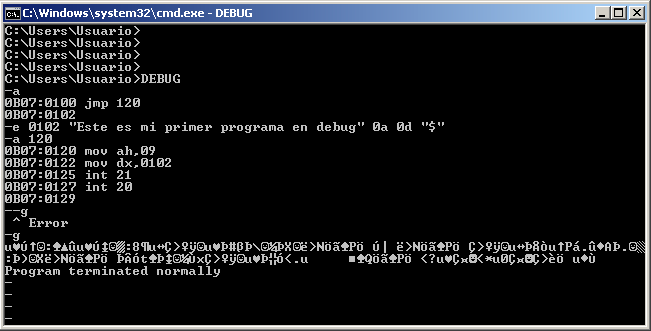 What is the mistake I made, which leads me to get the wrong result?

Change your code to the following:

I'm not very good with assembler, but what I can notice is that your string is located in the 0102 position and your application starts at 0120 .

"This is my first debug program"

needs more positions available to be copied. Therefore, when you start writing the application in the position 0120 , you are overwriting the string and when you try to print it does not find the end of the string "$" .

So what we are doing with the location 0130 is to start the application a little further away so that the string has enough space to be copied.