JAVA String: Difference between Null and ""?

I found this code and what I wanted to know is ... why use the String show = null and not a String show="";? When changing by "" and running the program does not recognize the word of greater length, I would appreciate your response.

The two options mean different things, and should be used accordingly.

Now, it depends on your logic what is more sensible to initialize.

For example, these days I am modifying an OS program that has the bloody craze that, when it does not find an element in the DB, it returns an "empty" object instead of null . So I have to do something like that

If the code returned null , it would

It is not more complicated, and in case I forgot the check would jump a NullPointerException that would indicate exactly the point and error failure.

Your example is similar. Unless "" is a valid value, for the only thing that serves to initialize "" is to hide any possible error that causes that a value is not assigned to the variable, and to confuse whoever reads your code making you believe that "" is a valid value and that nothing happens if an execution branch does not assign a value to that variable.

So "" should be used if and only if the initialization of that value is optional and "" works as the default value.

1 The rule is "fail as soon as possible". If you have a programming error, you want the program to fail when you arrive at the error, not to introduce an unexpected behavior that causes the program to fail much later, which makes it more difficult to debug.

2 Including the risk of tampering with my system data incorrectly. 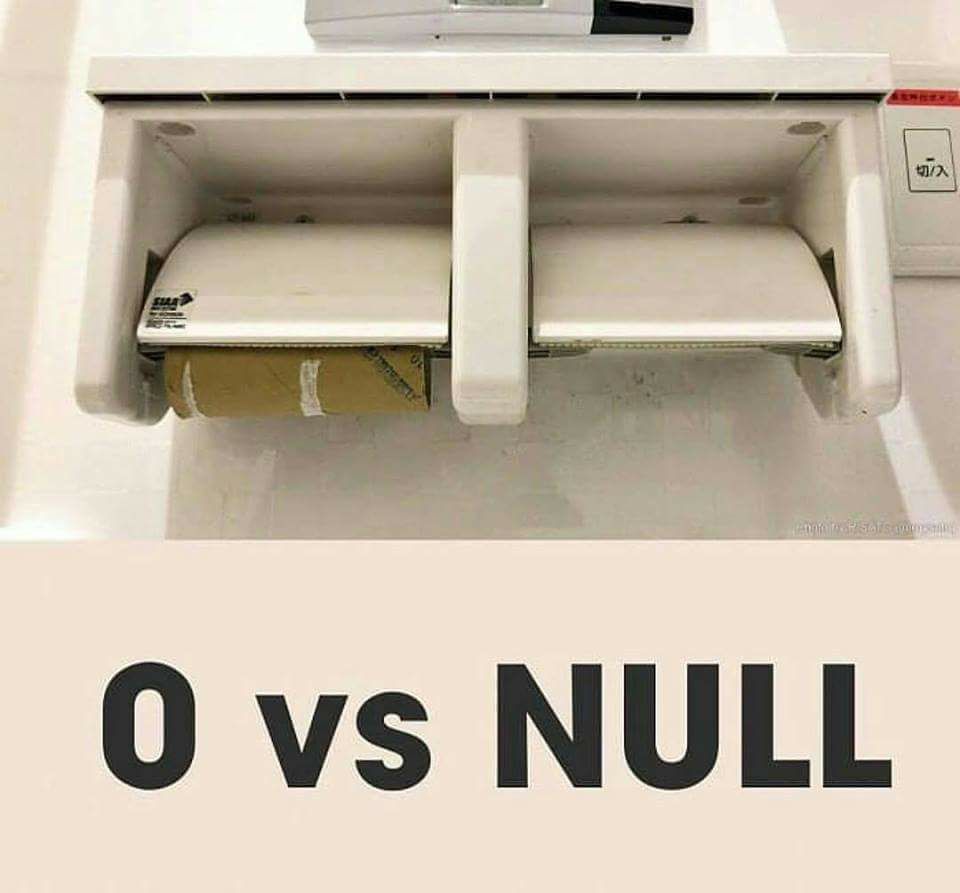 They are perfectly valid initializations.

It is more an agreement between the team that you are developing the project if it is initialized to NULL or to string.Empty.

Here come many factors that may be inclined towards one or the other. If it is to write in database, and NULL is not allowed. If you need to consume a service where the parameters can not be passed as NULL.

Finally, although from what I see, many people initialize in string.Empty, we must not forget that when you declare a string variable, its default value is NULL, so I can use it by default that initialization is worth me unless it is for some limitation previously described.

But at the logic level, the only thing that changes is how it compares against another chain and established validations.

That program is wrong and the best explanation of why it has been done in one way or another is: because the author has made a mistake .
Do not use that program as an example of how to program.

We can see that this program is incorrect if we enter an empty string in the dialog. This demo shows it: link
The result is:

The longest word is: null
Its length is: 0

Which is obviously false. The phrase is empty so it does not have the word null.

If we start showing " " instead of null we have a much more correct result (demo: link ):

The longest word is:
Its length is: 0

It is therefore clear that it is not the same to initialize the variable show a null or a " " .
That difference will only be noticed if the string read from the dialog is empty or contains only spaces, in which case the following conditional is never executed:

And when the variable variable is not executed, it remains with the value with which it was originally initialized. That's why you notice the difference between assigning null or " " . In any other case, the variable is overwritten by that conditional and you will not notice functional difference in those other cases.

Regarding the difference between null and "" in general.

It is easy to find wrong ideas about null like:

All previous statements are incorrect. The Java Language Specification tells us what is null :

The null type has a value, the null reference, represented by the   literal null, which is formed by its ASCII characters.

About the null type the specification says :

4.1. The categories of Types and Values.

(.. part omitted because it is not relevant ..)

Since the null type does not have a name, it is impossible to declare a variable of   type null or do a conversion (cast) to type null ..

The null reference is the only possible value of an expression of type   null.

In practice, the programmer can ignore the null type and   simply pretend that null is a special literal that can be   any reference type.

Emphasis mine. The bold part is the answer to this question. null is a special value, is a value that can be assigned to any variable of type reference.
Therefore all the following lines are correct:

JAVA String: Difference between null and ""?

In the case you mention, it only implies initialization, and revising your code by initializing the variable show with a null value:

In this case you should not make a difference in the results , since this variable is overwritten in this line:

How does this demo test initializing mostrar with a value ""

and initializing mostrar with a null value:

Graphic explanation of the difference of 0 vs Null vs NaN