Normalize database up to the Third Normal Form

I am designing a database for the Film industry (personal exercise).

I've been doing this until now ... 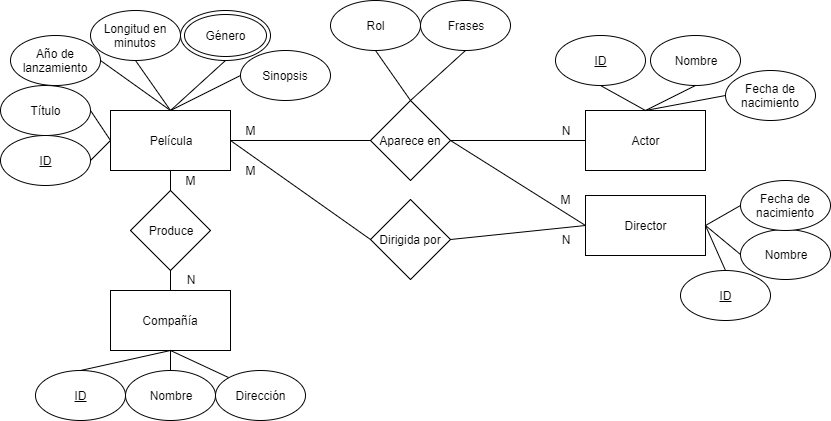 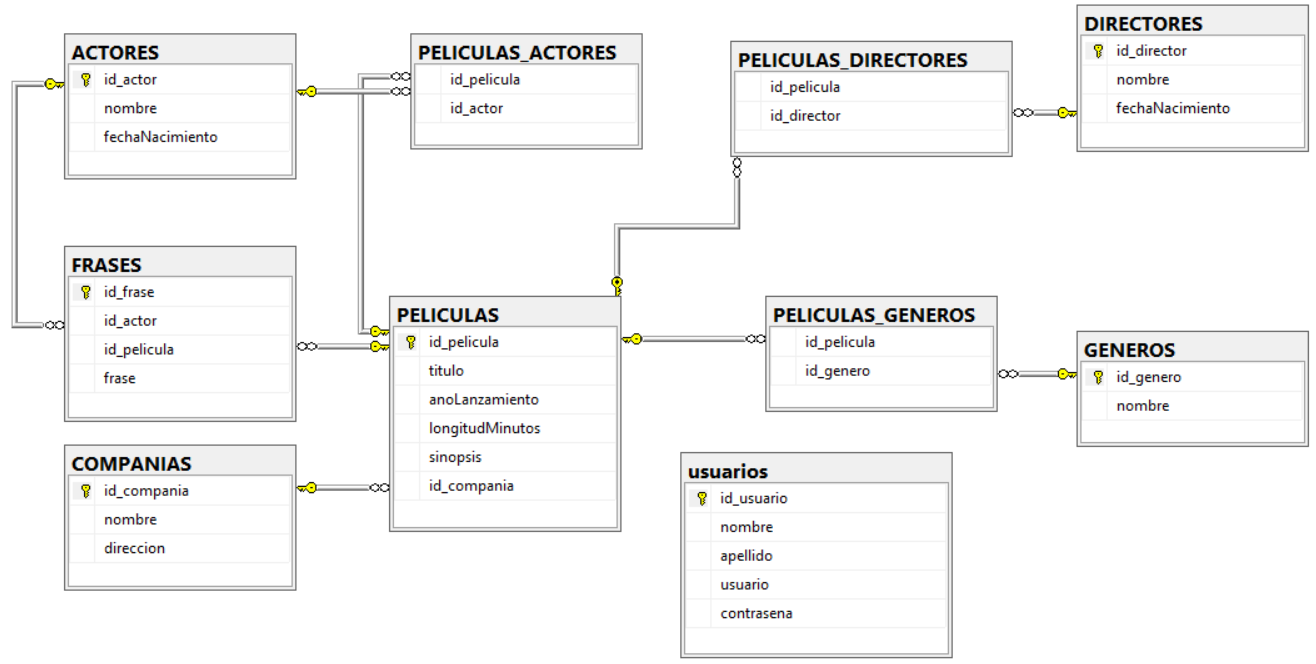 I am very confused, I hope you can help me, thanks in advance.

I think it could be an example like this:

1.- Each film can have several genres:

In this way you can assign several genres to the same movie, which would only be related by the movie id and genre.

Here, yes, each table has its own primary id and they are related in the movie table.

It's the same case for phrases.

the table sentences if you should have a id principal since you will be adding data there as opposed to the genero-película table because that will only allow you to be relating a movie to your genre.