I want to ask you about what is most effective in a particular case. For example, I have these tables: 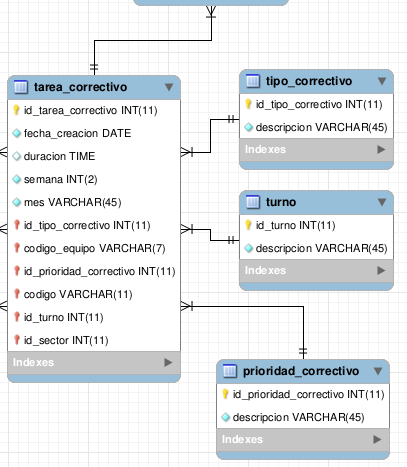 The turn values would be "TOMORROW, EVENING AND NIGHT" my question goes in this sense, it is necessary to create a separate table (as it is now) to store only those 3 values and integrate them as a foreign key, instead of repeating them in the table "corrective_work" as a varchar? (I'm not interested in being enum)

I will mention only three important and demonstrable reasons why you should have a separate table, as you have it now:

Maybe there are more reasons, but I think these three are enough to see clearly that it is convenient to have a separate table.