Search data in Sql and display them in C # ComboBox

I would like to know how I can show data in ComboBox . This data I look for in SQL and I show them in a DataGridView but I would like to show it in a ComboBox , this is what I have of code.

and this is my formaplication. 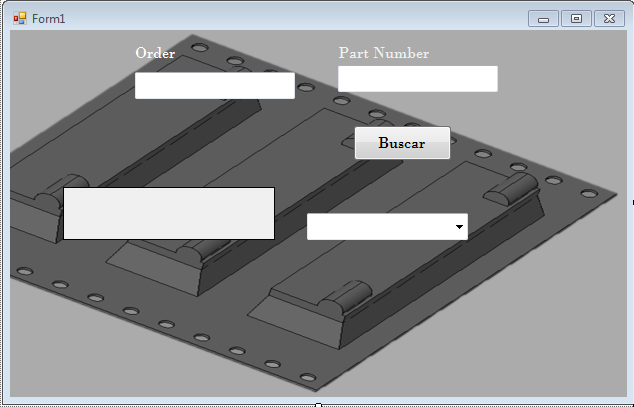 And this is what is shown in ComboBox .

I would like to know how I can show data in a ComboBox. This data I look for them in SQL and I show them in a DataGridView but I would like   show it on a ComboBox

To load a ComboBox you can use DataTable or Listas strongly typed to obtain a data collection, you can do the following: 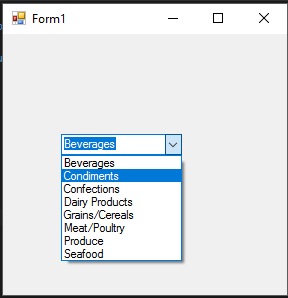 Note: It is an example code that you should adapt to your needs.

Recommendation: By enclosing the declaration of the object Connection between a block Using ... End Using , we will be sure to close the connection and destroy the resources used by the object , at the end of that block (when End Using is executed). With this we do not have to be aware of calling the method Close (to close the connection), nor the method Dispose (to destroy the object), therefore, it is not necessary to have an external procedure for such tasks.

And as for calling the Open method to open the connection, it is not necessary to make this call if what we want is to fill in a DataTable object, that is, when we call the method Fill of object SqlDataAdapter , because this object will take care of doing it automatically, and to close the connection when it finishes its work.

I have a method to fill any combo just passing parameters, here I share it:

According to the example of @ pedro-Ávila, you send it as:

Note: Do not forget to handle exceptions, you can generate syntax errors in the query, in the fields or connection fields.