Call a value from the BD to an input

Hello good afternoon I would like to know how I call this value 19 to another view in an input that I will put hidden, I need it to calculate the operation automatically the value 19 I have it in a table called Iva 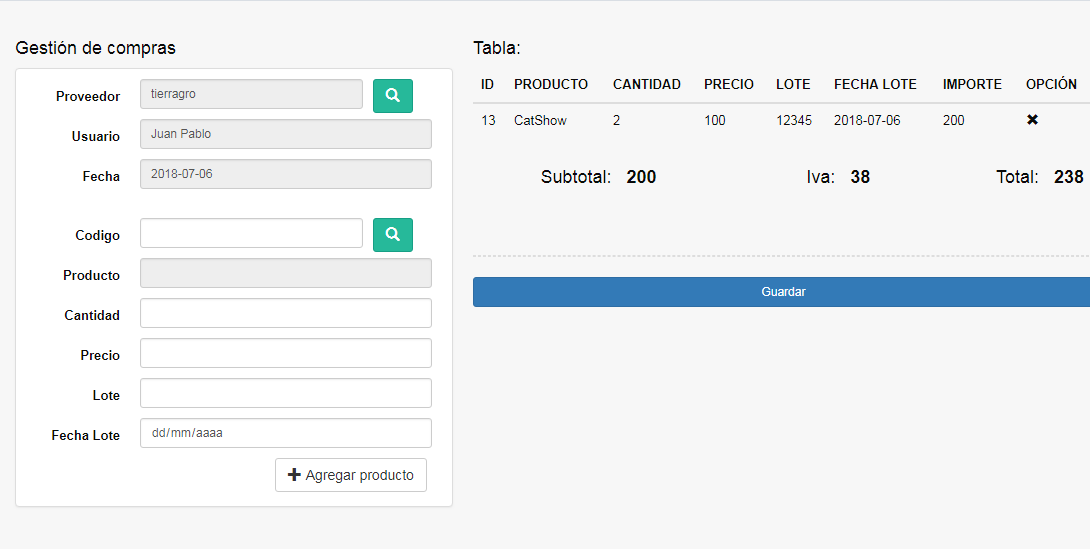 and not having to put

There are several ways to obtain the value of an element. The most direct and safe is giving a id to that element in the HTML and then recovering its value based on the id that has been given.

Suppose that the td where is the VAT we give the id tdIVA in this way:

Then you can recover its value in a variable by:

In jQuery, the elements are reached by their id by putting the sign of # before the id, therefore: #tdIVA . Another thing, text() is used because the td is not an element that the user can modify directly as a input , if it were a input it would be preferable to use val() instead of text() .

In pure Javascript this would be done as follows:

Notice that a reference to the element is first created with document.getElementById and then that reference is used. It is a recommended practice, although it can also be done directly like this:

The result would be the same.

Here is a fragment of the test code. I hope you find it useful.